Professor of Piano at 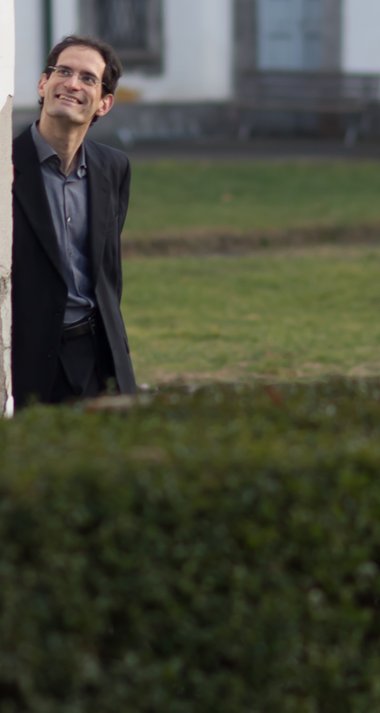 His repertoire ranges from Bach to the present days. His interest in performing contemporary music recently leads him to a.o. Ireland, the United Kingdom, England, Norway, Sweden, Denmark, Holland and Singapore.

Alessandro is also a sought after chamber musician and has performed with artists such as Berten D’Hollander, Yossif Ivanov, Weronika Godlewska, Ludovica Nardone, Vincent Hepp, Frederika Mareels and the Mendelssohn Ensemble.

Alessandro graduated in piano with honours at the Conservatories of Milan and Brussels and at the “Chapelle Musicale Reine Elisabeth” (Belgium). He studied piano with Chiaralberta Pastorelli, Paolo Bordoni and Aleksandar Madzar and further nurtured his musical gifts in a number of masterclasses held by Abdel-Rahman El-Bacha, Brigitte Engerer, David Lively, Alexander Lonquich, Andrea Lucchesini, and Elisso Virsaladze.

Alessandro's permanent quest for further artistic development and a deeper understanding of the art of musical interpretation resulted in a doctoral degree in the performing arts obtained at the University of Leuven.

Alessandro is currently an enthusiast professor of piano at LUCA – School of Arts, Campus Lemmensinstituut, the College of Music and Performing Arts of the Leuven University Association. He was recently invited to give piano masterclasses at the Royal College of Music Stockholm (Sweden), at the School of Media and Performing Arts of the University of Applied Sciences of Oulu (Finland), at the 'Escola Superior de Musica e Artes do Espetáculo' of Porto (Portugal), at the ‘Ecole Supérieure de Musique et Danse' of Lille (France), at the Conservatorio 'G.Martucci' Salerno (Italy) and at the 'International Music Academy' of Dinant (Belgium).